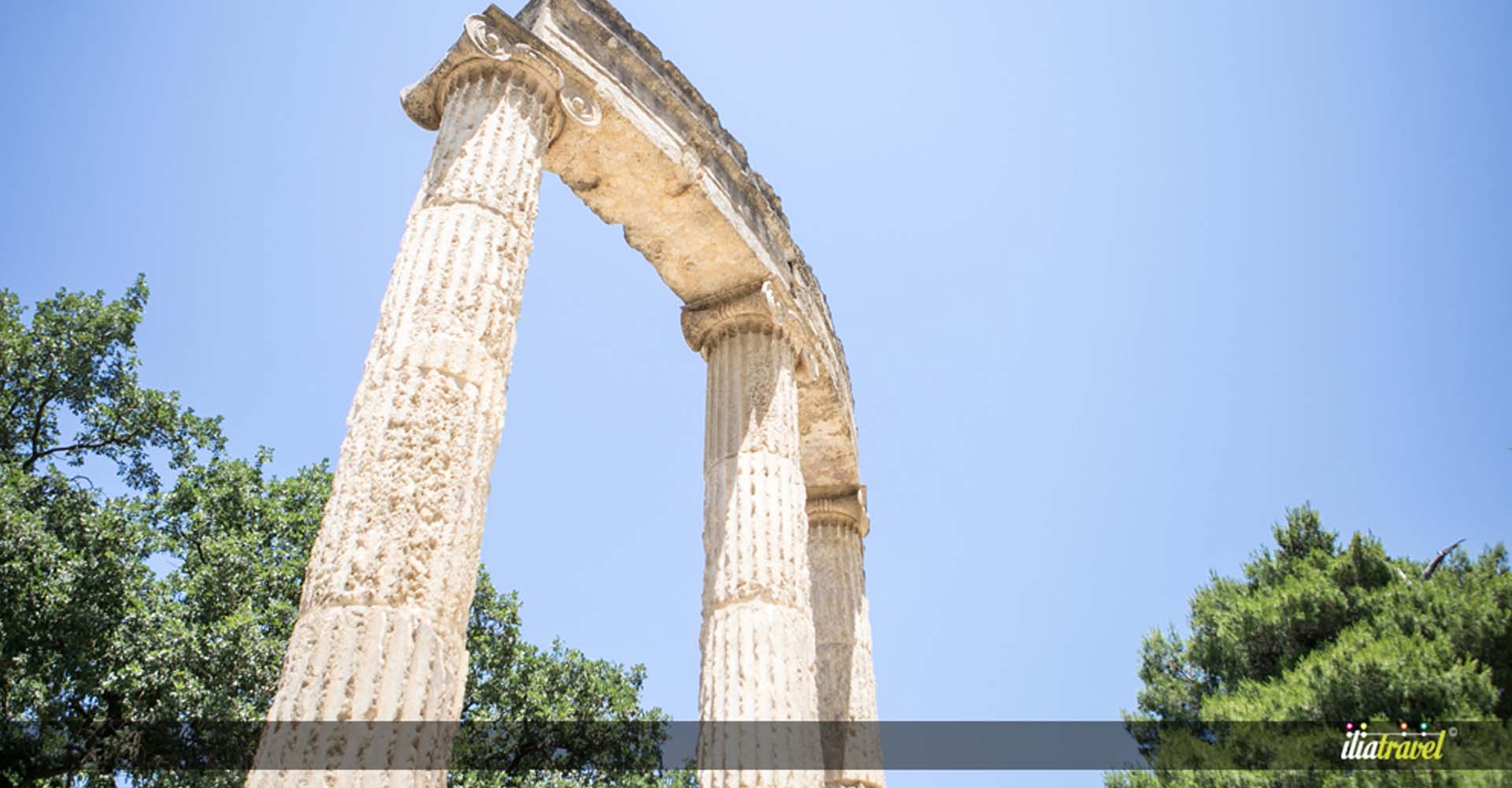 If you want to visit Archaeological places in Ilia, you will be delighted with the experience you will gain from your travel.
Visit the best places for Archaeological Tourism.  Ancient Olympia, Ancien Ilida, Ancient Epy, Temple of Epikourios Apollo,  etch are the suggestions we offer to you. If you need to organize your vacations, contact with iliatravel and we could arrange everything about your trip (iliatravel@outlook.com). We hope you should have great vacations.

It is one of the most important sanctuaries of antiquity, dedicated to the father of Gods, Olympius Zeus. Ancient Olympia is the place where the Olympic Games were born and held every four years in honor of Jupiter (776 BC), an institution with Pan-Hellenic radiation and glamor from antiquity to the present day. The Sanctuary of Olympia, lies at the southern foothills of Kronion Lofos, at the confluence of the rivers Alfeios and Kladeos. This valley which is located between the two rivers, in ancient times was overgrown with wild trees, poplars, oaks, pines and plane trees, so the sanctuary was named Altis. The archaeological site of Olympia is one of those places where their history causes awe and emotion. Olympia is a station and a starting point for all mankind over the centuries. The “Valley of the Gods” has not been randomly classified.
As it is known, the archaeological site of Olympia includes the sanctuary of Zeus, with temples and buildings directly related to worship and various buildings built around it, such as sports facilities used to prepare and perform the Olympic Games, auxiliary buildings, utilitarian and administrative, as well as secular buildings. Altis, the sacred grove, occupies the central part and within it the core of the sanctuary, with the temples, the treasures and the most important buildings of the area, are developed. It is separated from the surrounding area by a precinct, which at the end of the 4th c. B.C. had two gates on its western side and one on the south, while its boundary to the east is the Stoa of Echos, which separates the sacred space from the stadium. In the Roman period, the enclosure widened and on its western side two monumental propels were formed.

Southwest of Andritsena, in an imposing and wild mountainous landscape, is the magnificent Temple of Epikourios Apollo, one of the greatest temples of antiquity. The Temple is located 14 kilometers south of Andritsena, at an altitude of 1,130 meters above Mount Kolylo. In this place, which in the antiquity was called Vasses, the inhabitants of neighboring Figalia had founded since the 7th century BC. a sanctuary of Apollo Vassita, whom they worshiped with the name Epicurius as a supporter of war and disease. Indeed, it is said that the Temple of Apollo Epicurius was dedicated by the Phials to Apollo because it helped them overcome an epidemic of plague.According to the archaeologist, Olympia Vikatos, it is one of the most important and imposing temples of antiquity. It is characterized by numerous prototypes both in its exterior and interior design, making it a unique monument in the history of ancient Greek architecture. Pausanias, in fact, considers him the second to the Tegeo Peloponnesian Temple in beauty and harmony (8.41.8).Its erection dates back to 420-400 BC. and his architect is considered to be Iktinus, who in this creation succeeded in combining many archaic characteristics, imposed by the conservative religious tradition of the Arcadians, with the new features of the classical era. As it is also mentioned, the classic temple has been founded on the natural rock and is the only one that combines elements of the three architectural styles of antiquity. It is a Doric, a kiosk, a fist, with a pronaos, a sail, a sanctuary and an opisthodomos. Its form is more elongated, as in the archaic temples.

It is one of the best preserved monuments of classical antiquity. It is the best preserved temple after the Temple of Hephaestus in Athens, and it is the first monument in Greece that was included in the Unesco World Heritage Sites in 1986. The most important decorative element of the temple was the marble Ionic frieze that existed over the Ionic semi- inside the coat. It had a total length of 31 m and consisted of 23 marble slabs. In 12 of these, the Amazonomachy is depicted and in the remaining 11 Centaur. During the excavation of 1812 the slabs were found covered with architectural members in the vault and in 1815 they were moved to the British Museum where they are exposed today. Also, part of the sculptures of the frieze according to reports, decorate the showrooms of the Museum of Louvre and Munich. The sculptor of the frieze might have been Peonios, who painted in Olympia the famous statue of Victory.

Ancient Ilida, was in antiquity, the organizing city of the Ancient Olympic Games and a place for the preparation of athletes for more than the Millennium. It was built on the left bank of the Pinios River (Acronyia) and the coastal plain (Koilis Ilis), while it was the strong city – the state of the Heli, which spreads to a very large extent. It is located near the capital of the Municipality of Ilida, Amaliada and the excavations revealed parts of the market and mainly the city.Theaters, arcades, high schools, hippodrome, sanctuaries and workshops make up an assembled area that was to play an important role in the “competition” for both the ancient and the modern world. According to archaeological sources, the site has a wide range of habitation that lasted with small gaps from the beginning of the Middle Paleolithic period until the end of the Early Byzantine period, when the city is abandoned. According to the myths, the founder was Aetolos Oxylos, who according to tradition, benefiting from the Dorian descent, subjected the oldest inhabitants of the country and created the first settlement. Famous personalities of the ancient world were from Ilida, such as Iphitus (9th or 8th century BC), organizer of the Olympic Games, Hippie (5th century BC), Sophist and Pyrrón (365-275 BC) ), A skeptical philosopher. The excavations in Ilida were made for the first time in 1910 by the Austrian Archaeological Institute whose director was Walter in the years 1911 – 1914. In the excavations that continued until 1914 participated A. Orlandos. In 1960 the excavations were continued by the Greek Archaeological Society under the direction of Professor N. Yialouris.

Ancient Figalia was an important city of ancient Arcadia. It is located near the villages of Figalia and Perivolia, in the beautiful valley of the river Neda. In the city there was the sanctuary of Artemis, a “statue” with a stone statue of the goddess and a gym with beautiful statues of Hermes and the Olympic winner of Pankratos of Arachonia. According to reports, the city was founded by Figalos, the son of Lykaona, founder of Lykosoura. In 659 BC. the city was captured by the Spartans, with whom he had long-standing controversy.The Figalians, losing their freedom, have left their homeland. After a few years, they asked for Pythia’s oracle to regain their homeland and freedom by fighting the Spartans. She replied that she did not see this unless one hundred Orastent volunteers were offered to fight, but everyone would die. In the archaeological site of Figalia, the ruins of the ancient temple of Artemis are preserved with an impressive altar. In the surrounding area, the fortification walls, often covered by vegetation, over the steep slopes and hills once filled with the Figalia vineyards are easily distinguishable. The relics of a gallery are also distinguished. Of great interest is Ancient Fountain, which is still in use, a short distance from the village (after the cemetery). The fountain is shaded by a large plane tree, and dates back to the 4th-3rd century. B.C.

The ancient city of Alifeira is located in the southeastern part of the prefecture of Ilia, southwest of today’s homonymous community. According to archaeologists, the town of Alifeira has played an important historical role and is an important ancient citadel of the present prefecture of Ilia. Her name is probably pre-Hellenic and relates to Aliphirous, one of the fifty sons of Lykaon, who is considered as mythical founder. Its period of life extends from the late Archaic to the Roman times, as evidenced by its architectural remains, with acne in the classical and Hellenistic times. It is mentioned by Polybios and Pausanias. The most important monuments of ancient Alifeira, mentioned by Pausanias, are the sanctuary of Athena and the sanctuary of Asklipios. The city of Alifeira and the sanctuary of Athena should have existed already in the 6th – 5th c. B.C.

In the 4th c. B.C. the Asclepieion was built in the western part of the fortified city. At the same time, the city would have joined the Arcadians after the defeat of the Lacedaemonians in the Battle of Leuktron (371 BC) and had participated in the settlement of Megalopolis, and so its population decreased. Alifeira came to light after Professor Orlandos’ excavations in 1932-1933. Archaeological investigations at this site have revealed remarkable architectural remains and numerous mobiles.

The Homeric Epy – the Acropolis of Platiana – is 5 km from the homonymous village Andritsena – Krestenos and is located at the top of a narrow mountain that suddenly falls from all sides. The acropolis of Platiana is an important archaeological site. The location of the settlement in such a tall and inaccessible place is rare for a Greek city. Important role for the selection should the fact that it dominated the mountainous area of Trifylia and how it controlled the road from Pisatida to Megalopolis and the rest of Arcadia. It awe with the view it offers to all points of the horizon. From there, Arkadian Lykaion and the mountains of Gortynia, Helmos and the mountains of Kalavryta, almost all of Ilia, with Alfios, dominate. Perimeter of the plateau extends the wall of the acropolis – the Ancient Epy – which is built with huge titanites and a perfect isotonic system. At the point are rescued: the cave of a theater at a height of nine rows of rocks, a stone throne, the ruins of the stage, the pedestals, a well-preserved rock carved rock and the remains of houses and sanctuaries. The Acropolis wall in its present form and most of the foundations that have been discovered date back to late-class times. From the Byzantine use of the Acropolis, the ruins of two churches, Panagia and Prophet Elias, are preserved.

The archaeological site of Kato Samiko, as mentioned, includes the prehistoric acropolis located on the hill “Klidi”, possibly identified with the Homeric Ariene, as well as an acropolis of historical times lying to the east, on the western parapets of Mount Lapitha and, according to archaeological sources , probably belonged to a town named Samia or Samikon or Samos. It is strategically positioned as it dominates the fertile plain of Samika and dominates the road that united Pisatida with Triphylia and western Messinia in antiquity. The prehistoric acropolis occupies the rocky Hill of the Klidion that controls the land and sea movements from north to south. It was surrounded by cyclopean walls, while within it were found shells of vessels from the Middle Helladic-Late Helladic period, as well as the remains of a Mycenaean building that are not preserved today. The cyclopean wall extends to the hill of the opposite hill, up to the classical acropolis of Samiko, where there must be a prehistoric settlement or a tower-point that served the fortified position of the Klidion. Several burials have been excavated in the northeast of Klidion, which gave important findings from the late Middle Helladic to the late Mycenaean times. On the eastern foothills of the hill there is an extensive cemetery of the late Middle Helladic period with box-like graves and a vault covered with mounds.

If you want to visit Religious places in Ilia, you
VIEW MORE

10 Tastes of the purality of Gastronomy Tourism 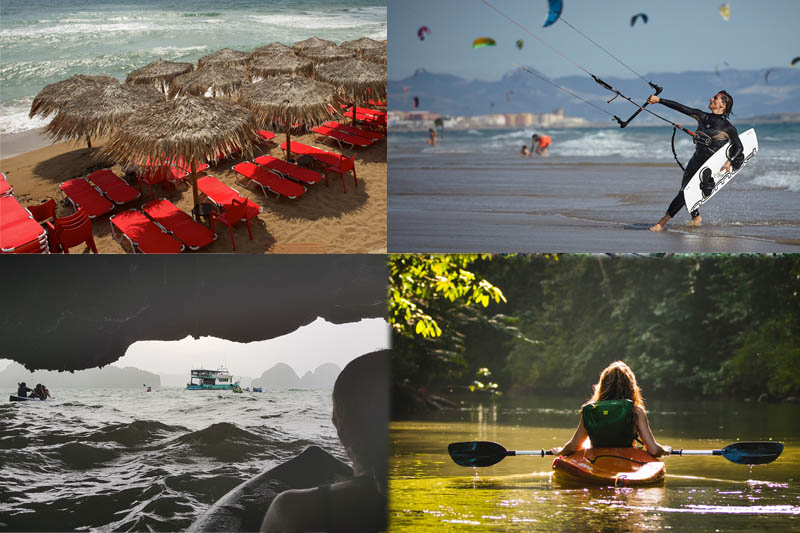 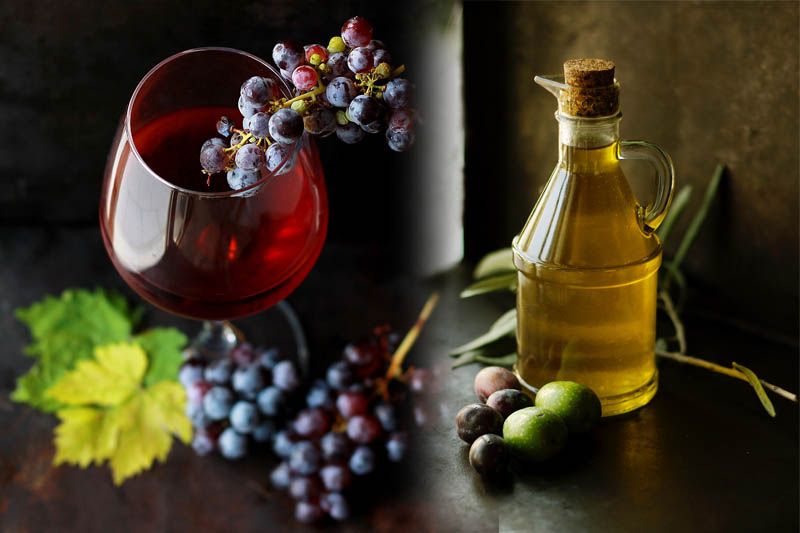 Getting into with Nature, with Agricultural work, with Livestock, with
VIEW MORE