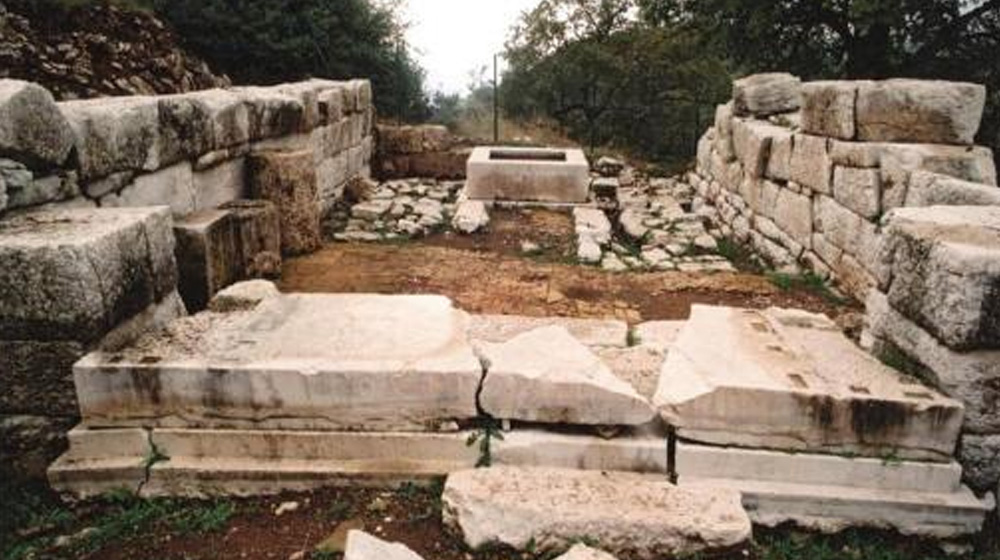 Ancient Figalia was an important city of ancient Arcadia. It is located near the villages of Figalia and Perivolia, in the beautiful valley of the river Neda. In the city there was the sanctuary of Artemis, a “statue” with a stone statue of the goddess and a gym with beautiful statues of Hermes and the Olympic winner of Pankratos of Arachonia. According to reports, the city was founded by Figalos, the son of Lykaona, founder of Lykosoura. In 659 BC. the city was captured by the Spartans, with whom he had long-standing controversy.The Figalians, losing their freedom, have left their homeland. After a few years, they asked for Pythia’s oracle to regain their homeland and freedom by fighting the Spartans. She replied that she did not see this unless one hundred Orastent volunteers were offered to fight, but everyone would die. In the archaeological site of Figalia, the ruins of the ancient temple of Artemis are preserved with an impressive altar. In the surrounding area, the fortification walls, often covered by vegetation, over the steep slopes and hills once filled with the Figalia vineyards are easily distinguishable. The relics of a gallery are also distinguished. Of great interest is Ancient Fountain, which is still in use, a short distance from the village (after the cemetery). The fountain is shaded by a large plane tree, and dates back to the 4th-3rd century. B.C.

Read for the temple of Athena and Zeus, the remarkable excavated monument of Ancient Figalia